There are many species that belong to the Salmonids or (Protacanthopterygii). Did you know trouts, smelts, and even pikes belong to the Salmon family? Salmonids occur in either salt and freshwater. Most species are well-specialized predators and live in temperate climate zones.  Salmonids are ray-finned fishes and can be distinguished by the ‘fat-fin’ between the backfin and tail. They do not have spikes and the pelvic and pectoral fin are separated.

Salmonids are sold farmed and wildcaught. Wildcaught salmon comes from the Pacific. Almost all Atlantic salmon on sold is farmed. Since the 90s the farming of salmon increased dramatically. Norway, chile, Scotland, Canada and the Faroe islands are important farming countries for salmon. In both, wild-caught and farmed salmon problems in sustainability are prevalent.

The Atlantic salmon reaches average lengths of 71 to 76 cm and weights of 3.6 to 5.5 kg. Salmon are so called anadromous fish. This means that they are born is freshwater and then migrate to sea to become mature. After 1 to 4 years, the mature fish return to freshwater to reproduce. The female Atlantic salmon do not always die after reproduction but can do this multiple times. This species has gone extinct in many regions. Besides reasons such as pollution and the construction of dams, sluices and weirs, this species has been overfished. Re-introduction programs are being carried out and dams, sluices and weirs are being removed to introduce the Atlantic salmon back into our waterways. Atlantic salmon is currently being farmed on quite a large scale.

Most ASC certified salmon is currently produced in Norway, Chile, Canada and the Faroe Islands. They are cultured in cages / net pens in the sea. This is an open system. ASCASC:
Aquaculture Stewardship Council, a worldwide eco-label for responsible cultivated fish. salmon is available since 2014. There is also ASC salmon produced in land-based RAS systems nowadays.  ASC is a credible ecolabel that has developed its salmon standard according to ISEAL guidelines – multi-stakeholder, transparent, incorporating science-based performance metrics. The Aquaculture Stewardship Council’s standards (ASC) are designed to encourage responsible farming by minimising the environmental and social impact of aquaculture. The ASC standard includes criteria for  feed, use of antibiotics, salmon lice, water and soil quality, but also the distance from farm to neighbouring farms and working conditions for employees. For some issues, for example GMO products in fish feed, there are no criteria but farmers need to be transparant about the use.  ASC has  made it possible to make a large-scale impact is making fish feed more sustainable.

Despite strict policy and improved culture conditions, ASC cannot remove all negative impacts of salmon culture. ASC is therefore a responsible choice, but not yet a sustainable one.

In general, salmon need a lot of wild fish to grow. It is important that the food is sourced from sustainable fish stocks. This is the case with organic fish. In organic farming, the percentage of wild feed in the feed is as low as possible. Also, no genetically modified products are used. In organic farming, there are extra criteria for welfare and use of additives and medicines.
There are several organic ecolabels, all of them must fullfil the requirements set by the European standard for organic fish. This label can be recognized by the European organic sign. 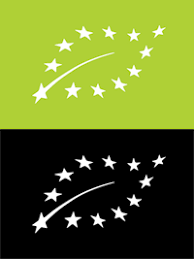 Most salmon is cultivated on a large scale in Norway, Scotland, Ireland and the Faroe Islands. The management in Europe is well done and strict. One now keeps track of what’s happening in a company and traceability is well arranged. Despite this we cannot take away most negative effects like [eutrophication], spread of sea lice, diseases and the negative effects of escapes on the wild population. There has been much research on optimising the feed, which resulted in a decrease of fish oil and fish meal to an optimal level. However, the content is still relatively high which makes it important to make the purchase of feed more sustainable. This happens for as now only in companies with a biological or ASCASC:
Aquaculture Stewardship Council, a worldwide eco-label for responsible cultivated fish. certificate.

The salmon stock in the Baltic Sea is recovering. It is difficult to assess the current state of the stock, and therefore an estimation is made based on the number of migrating juveniles from rivers.

There is little known about the kind and number of bycatch of fyke fishery. There are known cases of bycatch of seals. Fishing with fyke does not damage the seafloor.

The governance of salmon fishery is partly effective. A management recovery plan is in the works. It is also important to take additional conservative measures. These can include habitat recovery and the removal of migration barriers.

Chile started cultivating salmon at the end of the 70’s. The salmon industry is thereby relatively young. Until 1991 Chile didn’t produce more than 10.000 tons per year, but nowadays they produce more than 550.000 ton salmon, and is after Norway the biggest salmon producer in the world.

Unfortunately, this impressive growth was not supported by policy, research and supervision to protect the sector from biological risks. In 2007 there was an outbreak of Infectious Salmon Anaemia (ISA). Chile fought back, but the antibiotics usage is still extremely high.

Salmon is not indigenous to Chile and escapes are therefore a big concern. Another big concern is the feed which doesn’t use sustainable ingredients.

Fish with the ASC label is farmed in a sustainable manner.

Fish with the MSC label is caught sustainably.

This fish is not being overfished or is being responsibly farmed, with minimal impact on the environment.

This fish is a second choice. There are still some improvements to be made in this fishery or fish farm.

Do not buy this fish. It's being overfished or the way it's farmed or caught has a negative impact on the environment.

This fish is unwillingly caught while fishing for a different species. They are underused and should be eaten more.

GlobalG.A.P. certified farms are doing a step in the right direction in terms of sustainability. A few species with this label are getting a better score on the VISwijzer.

Organic standards are the strictest when it comes to fish feed. They also require certain measures for animal well-being.

Functional cookies are needed to use the website, which is why they are always on. For an optimal online experience, we recommend to enable additional cookies